This is the country's most celebrated holiday, though a young one.
It was only about 40 years ago that this day came onto the calendar.
But it stuck, and it became even more important of a milestone when, on this day in 2009, Greenland took a big step toward independence and instated the Self Rule Government. Today Greenland is an autonomous territory with its own government and parliament, and flag.

Not coincidentally, National Day is also the summer solstice, the longest day of the year. And thus, the week-long festival that leads up to National Day is called Ullortunersiorneq, Greenlandic for "celebration of the year's longest day". You see, Greenlanders have a very strong tradition of naming things after the natural world around them - street names, events & festivals, and not least geographical places.

While towns and settlements all through the country celebrate National Day, this full week of celebration is only found in South Greenland.

The Summer Solstice Festival takes place the entire week leading up to the longest day of the year and is filled with daily activities, live music and small concerts in the towns. The local clubs and associations often hold events to show what they've been working throughout the year, like handicrafts.

National Day itself is 21 June. Here there is typically a speech early in the morning by the Major or the town's municipal office, with a celebratory flag hoisting and a parade through the town while wearing the national costume.

Locals pick a nice spot outdoors to grill and sit in the lovely weather with family & friends, and there's usually kayak roll performances and a seal hunting competition - all the hunters and townspeople with boats sail out on the count of three, and the first one to return with a seal gets the prize.

The evening of National Day finishes with headliner concerts and the celebration goes long into the night.

A detailed daily schedule is posted closer to the event date. 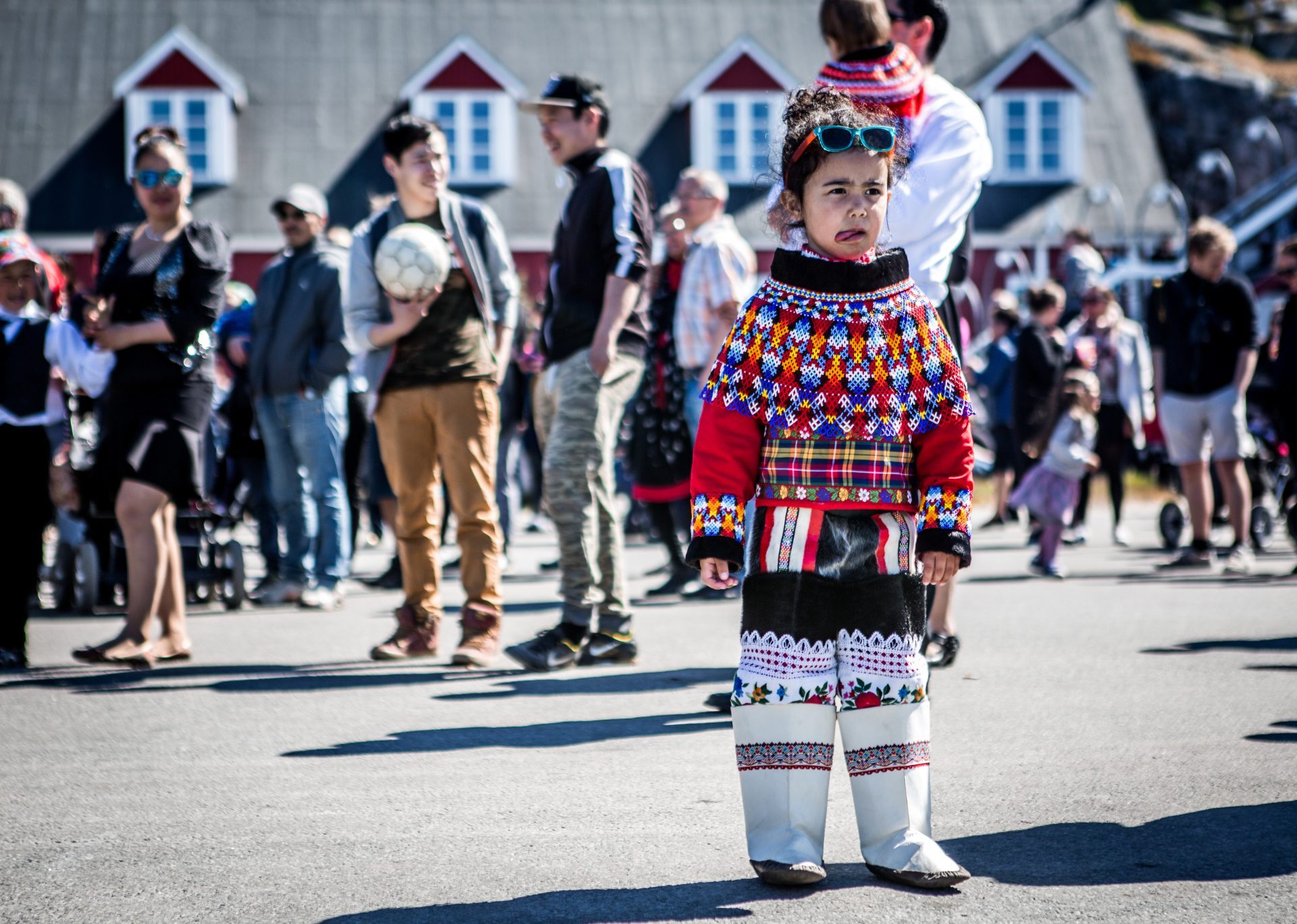